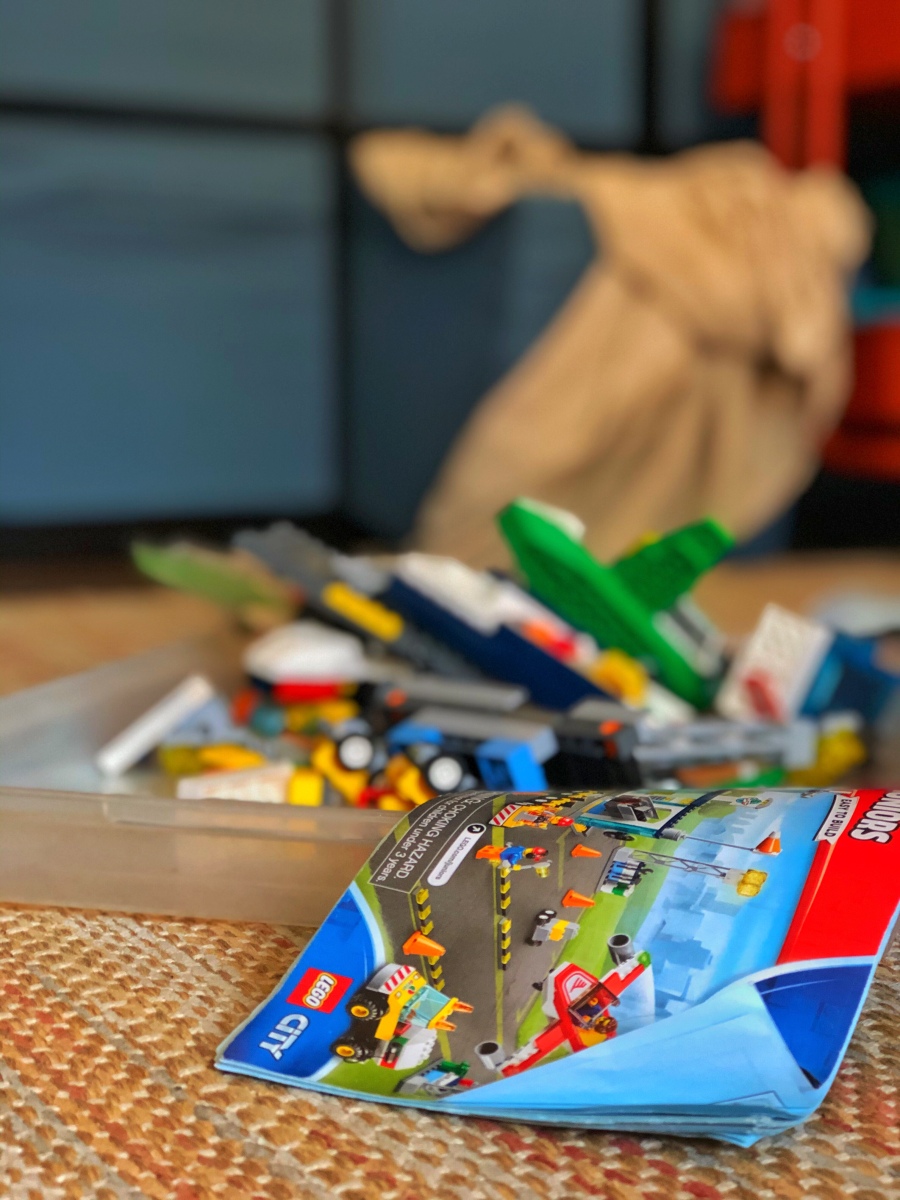 Help! LEGO organization is becoming a problem! While mostly I try to remind myself not to care too much about toys, they should be a learning experience in responsibility for the kids who love them–if they don’t take care of them, say they throw them across the beach because they’re mad about leaving and don’t want to pick it up, they’ll be the sad ones when we leave and their precious toy is forlornly abandoned for some other finder/keeper. That’s just a hypothetical situation, of course!

But…all these LEGO sets are a catch 22.

On the one hand, our very orderly eldest loves having each set in its own ziplock bag along with the instructions so he can dismantle and rebuild them over and over. We also have a bunch of “regular LEGOs” which we dump out on a sheet for easier clean up. With practice, Eddie is now dabbling more and more in designing and building his own creations using mostly “regular LEGOs” but sometimes taking bricks from sets because he knows them well enough to know where to find a specific piece. No matter how I try to remind him to only open one bag at a time, there will inevitably be multiple sets strewn all over the room and between his distracted efforts and his 3-year-old brother’s LEGO escapades, we’ve already lost set bricks to the “regular LEGOs”. I assume someday, many whole sets will be mixed in to the big box of LEGO anyway, rendering this all moot. But for now, I know there will be tears when we can’t find the right piece for some beloved set and I’ll be the one digging through the huge pile looking for it. Déjà vu to my growing up years: I wasn’t great with building LEGO and often instead ended up recruited by my genius older brother to hunt for certain bricks he needed for his elaborate creations. And who knows, the thing might be mixed in with another set in some other bag–it’s a nightmare! 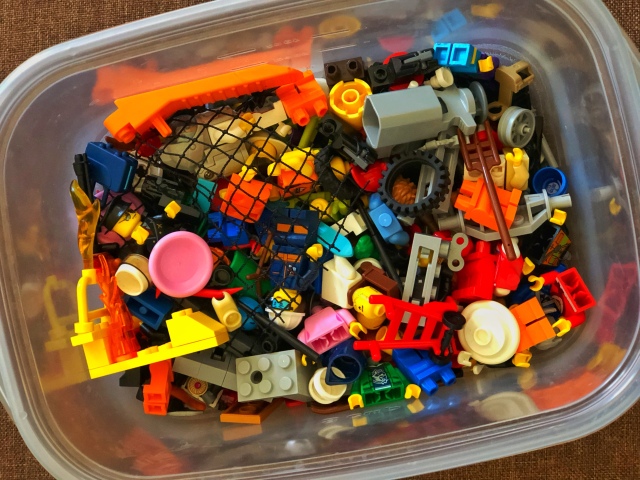 We also have several small plastic containers which are meant to house mini figures and their accessories, nicely sorted. We’ve long-ago given up that system and mostly just keep them all jumbled together in one shoe-box-sized container. But even then, just yesterday, Xander wanted to build a set and it didn’t have the guy’s head in it. My suggestion of just picking any head from the mini figure box was not well-received. It had to be the one pictured in the instructions packet. While I hope this disappointment will translate into motivation to help keep the sets organized: put one away before getting out another, don’t dump out all the mini figures, just look for the one you need with them still in the box…he’s three. It’s probably too much to expect. The six-year-old on the other hand, should be learning to be responsible for his sets and keep them separate if that’s how he’d like to build them. And he mostly does okay, but every  week or so, one of us adults has to help return a myriad of bricks to their “proper” location and every time we mutter under our breaths that we should just mix them altogether already.