From IKEA purchases to a brand new recipe to business protocol, there are times when following the directions is a must, right? But where is the art in coloring inside the lines all the time? In the interest of STEM turned STEAM (that’s Science Technology Engineering Art/Design Mathematics), let’s talk about learning to follow directions and learning to be creative. 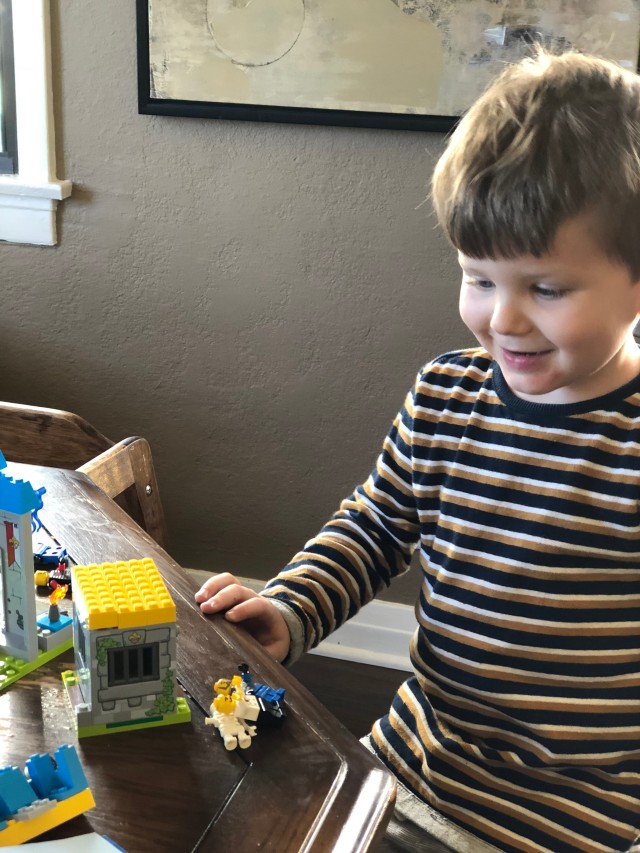 I spent some time Saturday with my little rocket baby, building with LEGO. He needed help because he had a specific goal: fix the castle, a pretty spectacular LEGO Junior’s set complete with catapult. Since I was fairly useless without some direction, I pulled out the little booklet along with the pieces. As I did, I felt a little guilty.

You see, back in the day, when I was a little girl, I was pretty proud of the fact my older brother, a LEGO rocket scientist, you might say, didn’t ever seem to need the directions. He could build the thing on the box by instinct, and then reassemble the pieces (and maybe a few others intended for some other set) into something even cooler. And since I was the adoring younger sister, I felt a decent share of pride in his innate ability. By extension, I never bothered to follow the directions myself even though I did not possess his incredible natural excellence in the area of creativity.

Somehow that translated to some guilt as I guided my son toward the little booklet included in his LEGO set instead of fostering his budding creativity or championing the figure-it-out mindset of many of today’s innovators.

But as I process here, for you all to read, I decided I’m letting myself off the hook on this one. First, there is plenty of free-play, imaginative, build-whatever-you-want in this house. More often than not he’s all like, “Look what I made, Mom!” And I’m all like, “Cool!” (Even though I have no idea what it is, and were I made to guess, I’d be wrong 99% of the time.) And second, it’s called well-rounded. Sure, I want Eddie to be creative, to see something’s potential and flexibility, not be locked into one way of doing things. I want him to be comfortable with trial and error, making a mess, not getting too focused on doing it “right” and therefore shying away from trying. But in real life, there are times when you need to stick to the rules. There are times you’ll be frustrated unless you humble yourself enough to crack open that little booklet and follow the directions. In the name of efficiency, sometimes we have to admit those little booklets know what they’re talking about.

End of story: you’ve got to have both, and that’s a bit tricky. We need balance, but we also need to acknowledge our kid’s (and our!) tendencies. I know I have a rule follower, so the challenge is to help him stretch in the area of pushing the limits and being creative. You may have a creative who never wants to be told what to do or how to do it, but needs to be pushed to follow directions sometimes.

Remember, someday they’ll need to buy and put together their own IKEA furniture for their own little studio apartment all on their own. We’re raising adults, right? And there’s no surer proof of adulting than giving in to the mounting frustration and fishing the directions booklet out of the box.