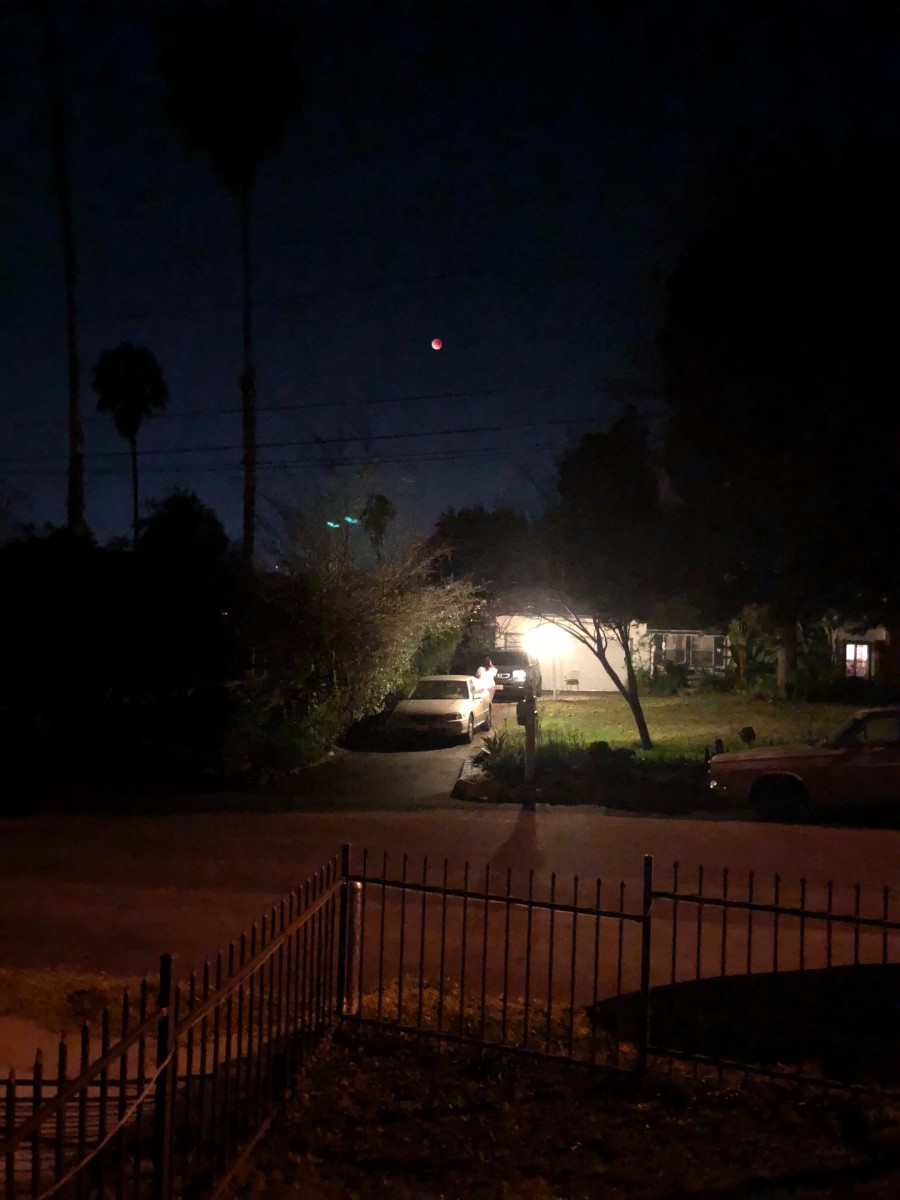 In case you didn’t know, there was a super special astronomical phenomenon this week. The moon, full for the second time this month (blue), was as close as its orbit gets to Earth therefore larger to the naked eye (super),  and appeared orange-colored (blood) as it eclipsed (the earth blocked the sun’s light). So much. So majestic.

Yes, it was very early for us here in SoCal, but so worth it. If you did pass on this rare opportunity, I must say you’re in good company. My husband, whose passion for space exploration is his day job, who arguably should have been more excited about the moon’s spectacular show than I was, alas, took a peek and headed back to bed. I get it. I seriously considered doing the same. But, perseverance. This doesn’t happen everyday, folks!

I even woke up my preschooler. Yep, I unmercifully yanked him out of his cozy bed and peaceful slumber to watch a small, rather slow, spectacle in the sky. He loved it. He may have cried once the moon was out of view and the sky brightening with daybreak.

I got up and sleepily wandered into the living room at about 4:50 am. I was in a heated debate with myself about whether or not I should give in to the gravitational pull I felt toward my bed. In the end, I pushed the brew button on the coffee maker, solidifying my commitment. I glanced out the window. There it was. Dark orangey-red in totality. It was awe-inspiring. I realized the best view was from the couch in the living room. It doesn’t get better than that, to be able to watch the splendor of a heavenly display from the comfort of the couch.

After Jonathan came out to see it and succumbed to the call of sleep, I brought Eddie out. He was interested in the red moon, but more interested in the enlarged telescope view provided by Griffith Observatory’s live stream which I’d pulled up on the TV. His favorite was seeing all the craters in great detail. He’s been fascinated with the moon’s craters ever since he learned they’re caused by asteroids impacting the surface.

We listened to the majestic music on the live stream, chatted about how beautiful the moon was, FaceTimed Grammy, who had been watching the early part of the eclipse before moonset and sunrise in Illinois and was super jealous the display was still in full swing in our neck of the woods.

The moment of wonder for me was shortly after totality ended. The sliver of bright yellow light glimmering on the edge of the dark peach-colored sphere was magnificent! One of those glorious images you want to sear onto your memory forever, because you witnessed it and it took your breath away.

Soon, little brother woke up too, and caught onto the excitement of the moment. We snuggled on the couch, savoring the specialness of it. I put out of my mind how the rest of the day would be all thrown off by our early morning. It was, and you know, it wasn’t all that bad.

The fact is the mundane blurs together, but what sticks out in memories are the deviations from “normal”, the things that happened once in a blue moon. The warmth of morning cuddles and united attention to a spectacular sight, this is the good stuff, what memories are made of.