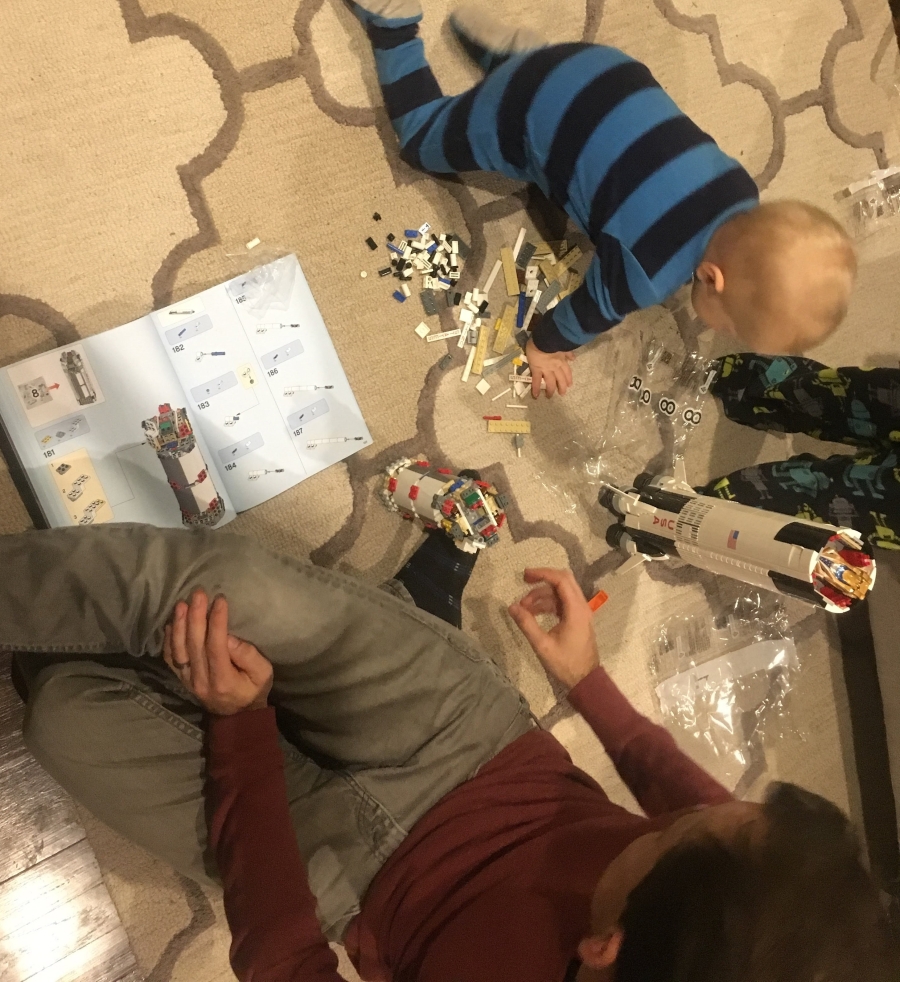 Have you seen this?!

When I showed Eddie this image, I asked him what it looked like because I’m pretty sure if I saw it, without a backstory I’d be completely lost. However, he is not me. He responded, “It’s a car in a rocket.”

Why is there a fancy car in a rocket, bound for outer space, you may ask? I asked too. Apparently, test rockets, such as the Falcon Heavy to be launched tomorrow, usually carry mass simulators like concrete or steel blocks. Elon Musk would have nothing of this boringness. And hey, it’s working. I’ve got a future Musk on my hands here… 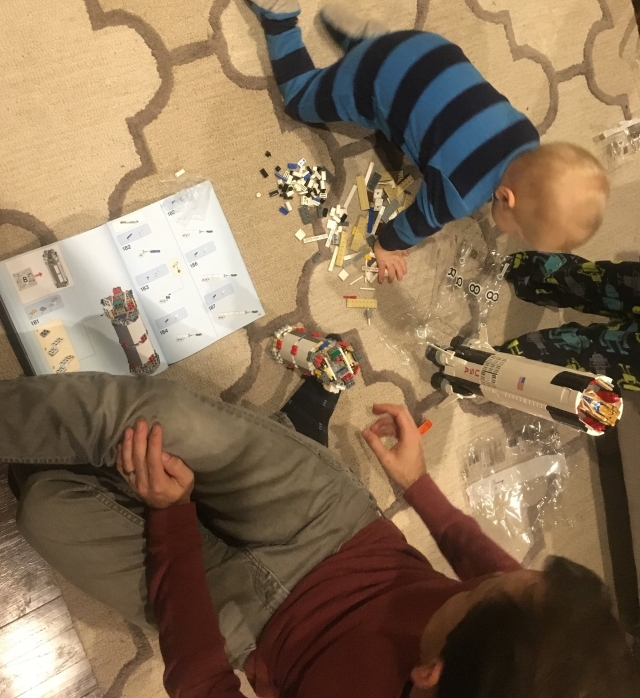 …this be-jammied little guy, an explorer if there ever was one, popped a fancy sports car into this LEGO rocket. Seriously, no prompting, just his own good idea. He doesn’t know a thing about SpaceX and it’s fantastical ideas. He won’t even remember the Falcon Heavy launch. He’s just a curious little boy. May his curiosity take him to infinity and beyond!