I’ve been wanting to do the classic vinegar and baking soda science experiment for ages, so when I came across this spin on it by The Dad Lab, it was on!

We tackled the project during little brother’s nap, always prime time for things in which he’d feel the need to participate. I felt slightly bad since Xanderman is currently obsessed with balloons, which he refers to the same his favorite toy of all time: BALL!! BALL!! 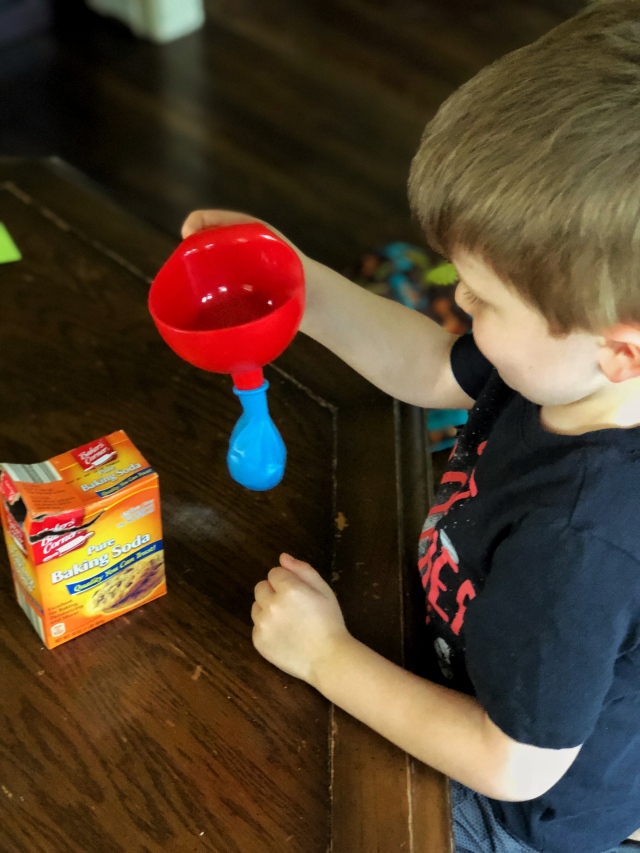 I attached the empty balloon to the funnel, and Eddie poured in the baking soda. 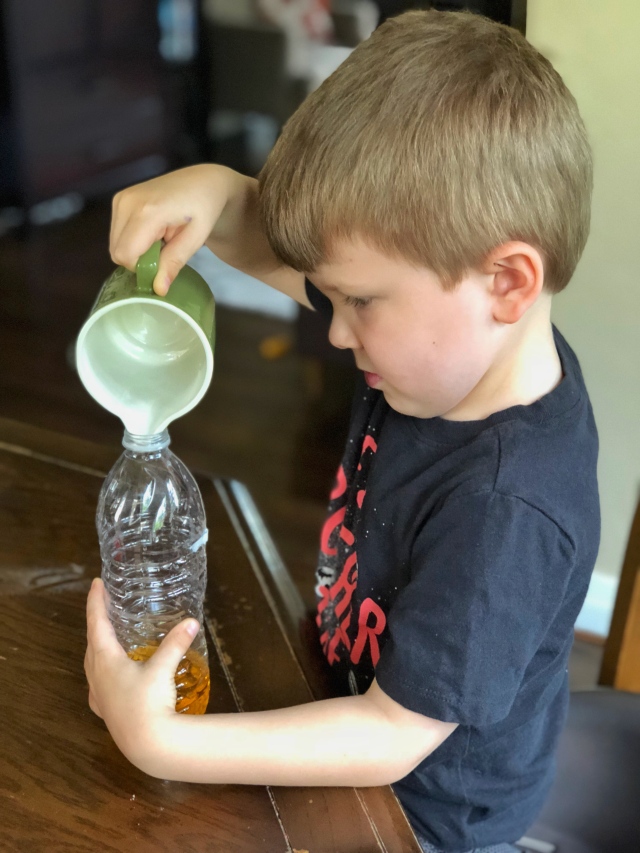 I poured a fair amount of vinegar into a small pitcher, and Eddie carefully poured it into the plastic bottle with a few drops of food coloring at the bottom just for fun. You may notice a theme here. It’s preschool, guys. I want to let him do what he can, but I don’t want him dumping a full bottle of vinegar all over the table and floor.

I detached the balloon from the funnel and reattached it securely to the opening of the plastic bottle. 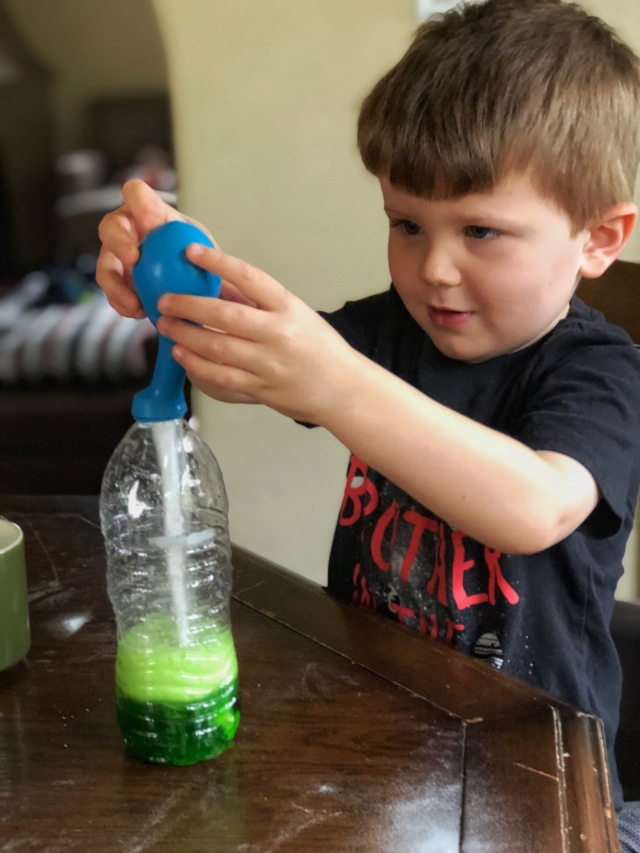 And there’s the magic! The thrill!

We talked about how the reaction between the vinegar and the baking soda created a gas which then filled the balloon. So simple. So classic. So much fun! Because it was such a blast, we did it a few more times with different colors of food coloring.

Little brother woke up about halfway through and was thrilled to see a balloon as part of our experiment. I carefully pulled it off the bottle and tied it so he could toss it around. He felt part of the action and grinned ear to ear.

Just to draw it out (*pun intended*), I had Eddie draw a picture in 3 steps outlining what we’d done and what had happened.

Meanwhile, Xander wanted to be close, so close he may have gotten accidently side swiped with a green marker. In the face. After a bit he wandered back to the “BALL!” and popped the balloon. Since we’d managed to overfill the bottle and some of the vinegar/baking soda solution was in the balloon, he got quite a fright from the spray.

Never a dull moment in chemistry, tell ya what!